Dealing With Evil Forces Of The Night 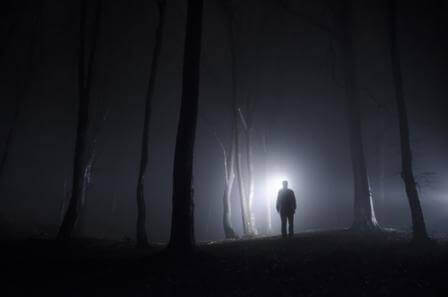 Psalm 91:5-6 "Thou shalt not be afraid for the terror by night; nor for the arrow that flieth by day;Nor for the pestilence that walketh in darkness; nor for the destruction that wasteth at noonday."
Isaiah 29:15 "Woe unto them that seek deep to hide their counsel from the LORD, and their works are in the dark, and they say, Who seeth us? and who knoweth us?"
Job 4: 13-17 "In thoughts from the visions of the night, when deep sleep falleth on men, Fear came upon me, and trembling, which made all my bones to shake. Then a spirit passed before my face; the hair of my flesh stood up: It stood still, but I could not discern the form thereof: an image was before mine eyes, there was silence, and I heard a voice, saying, Shall mortal man be more just than God? shall a man be more pure than his maker?"
The hours of the night and the middle of the night is when most evil, wickedness and satanic manipulations are done. This is the time destinies are transferred, arrows are shot, people are fed in their sleep, spells are cast and many sustain spiritual injuries.
Job 36:20 "Desire not the night, when people are cut off in their place."
A vigilant Christian will pray before he/she sleeps. Some will even wake up in the middle of the night to pray. Witches operate in the night. The wicked carry out their evil plans and activities in the night. Most spiritual attacks are carried out during the night.
The hours of the night is the time when the wicked operates, when evil is at its peak, when serpents and scorpions roam the streets, when the spirits of men meet face to face with dark forces.
The hours of the night is when most haunting occur. It is time demons are most active, when men are asleep and are at rest.
Matthew 13:25 "But while men slept, his enemy came and sowed tares among the wheat, and went his way."
it is at night blessings are stolen, spiritual and physical thieves operate, when the enemy came and sow tares among peoples' destinies.
Psalm 13: 3-4 "Consider and hear me, O LORD my God: lighten mine eyes, lest I sleep the sleep of death; Lest mine enemy say, I have prevailed against him; and those that trouble me rejoice when I am moved."
Some people have slept the sleep of death! Some slept and never woke up. Some slept and woke up with infirmities, depression, and even insanity. Some dreamt bad dreams but forgot to address it until it was too late. This was the time the enemy sow tares.
THE FORCES OF THE NIGHT
These are star hunters and star hijackers. They are spirit husbands and spirit wives or spirits pretending to be. They are night caterers, witches, familiar spirits, enchanters. They are the wicked, the household witches, the jealous and envious household enemies, the night caterers.
They are serpents and scorpions from the kingdom of darkness, they are satanic agents, wizards.
Some people are afraid to sleep at night because of spiritual attacks, dream attacks or general fear. Some experience haunting and evil presence in their homes in the middle of the night. Some former occult initiates who hasn't been thoroughly delivered are tormented by demons at night. Some are raped by the so-called spirit husbands at night. Some experience fears, dread, apparitions and terror when they sleep alone at night. Some have made covenants with devils they haven't been freed from and they come in the night to torment them.
It is at night the enemy comes to bewitch, ensnare and put people in captivity. It is at night most bondage come into place.
It is at night the battle is strong, when the wicked and oppressors are most active and operate. The time of the night is the best time to break bondage, yokes, captivity and to judge your enemies. It is at night you should redeem what the enemy stole from you.
Some Prayers You Can Say To Combat The Forces Of The Night
Every evil power assigned to kill/steal my destiny, be destroyed in the name of Jesus.
Every night caterer from my foundation and father's house, be destroyed, in the name of Jesus.
Spiritual robbers, spiritual rapists, let me go, die! In the name of Jesus.
Every power assigned to bury my destiny/virtues, die! In the name of Jesus.
Occultic witchcraft assigned against me, be slain, in the name of Jesus.
Every wicked arrow fired into my life, backfire, in the name of Jesus.
Dream bandits, dream raiders, dream attackers, be scattered in the name of Jesus.
The enemy that visited at night, be slain in the name of Jesus.
Every power assigned to rob me of sleep, die, in the name of Jesus.